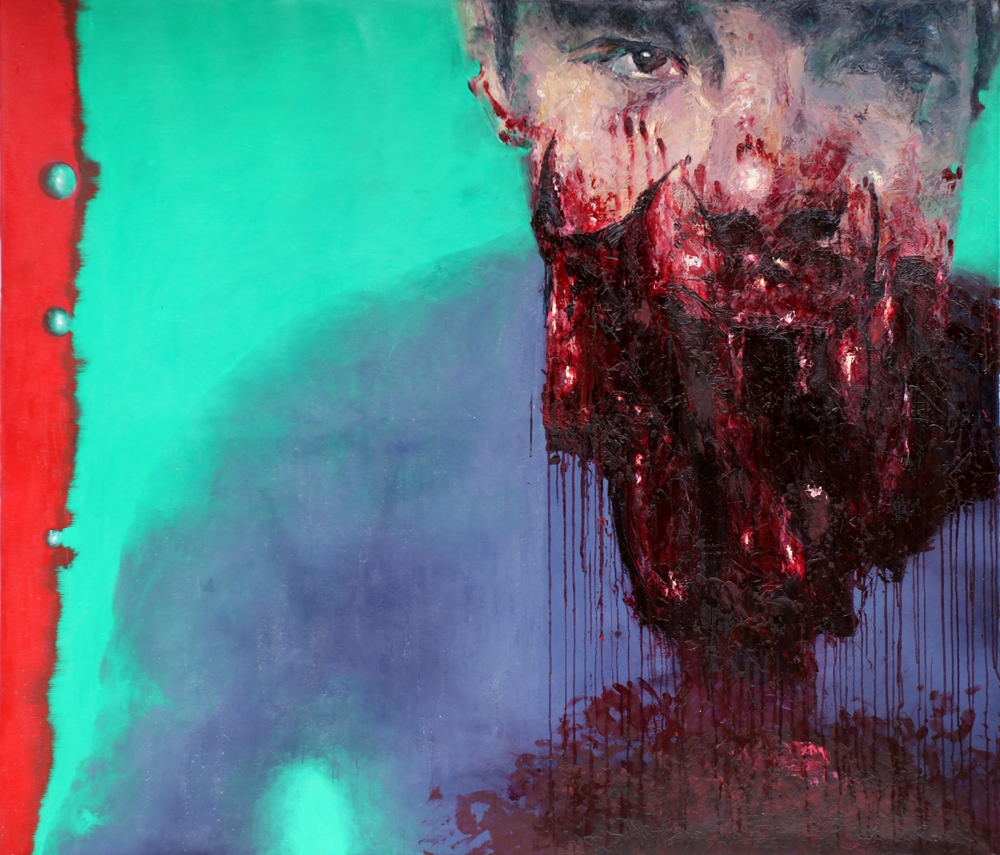 Tarek Tuma is an artist currently based in London. He recently completed a Master’s Degree in fine arts at the City & Guilds of London Art School. He holds a post-graduate diploma in fine arts from The Art Academy based in London. Tuma came to art with a background in medicine, which he studied at Damascus University, where his first solo exhibition, Attempt, took place in 2004. He has since participated in several group exhibitions in London, including the Pop-UP Space at BetterBankside (2010) Art in Action  (2011). #withoutwords: Emerging Syrian Artists at P21 Gallery in London was the first exhibition he curated, where his series Homo Sacer was also exhibited.

Tarek says of his series: “Beauty can be called back by Art and Faith. Together they embody the highest form of hope that can reverse death. The Palestinian Man is a symbol of continuation of man suffering the insanity of man. Hamza Bakkour represents the body of man in the present day or my self-portrait. ”