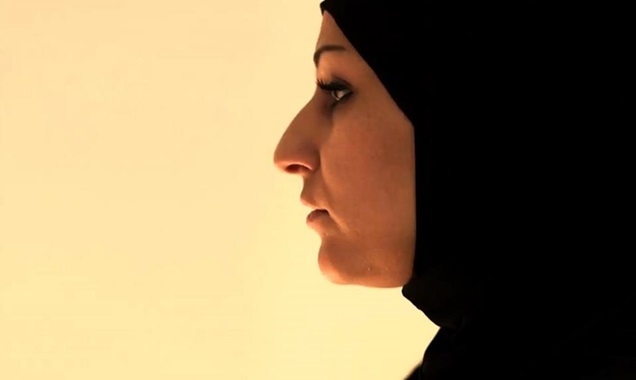 Documentary film-maker Yasmin Fedda didn’t know quite how her latest film would take shape, so she embedded herself in the world she was filming and let the stories unfold. That was in Amman, Jordan, in 2013, as a group of 50 Syrian refugee women were taking part in a charity programme to stage a play of Euripedes’ ancient Greek tragedy The Trojan Women. None of the women had acted before, and they faced challenges such as family members disapproving of their work in theatre; political sensitivities back home in Syria; and the tough day-to-day life challenges of being a refugee. The unique theatre production (some of which is shown in the film) interweaves their heartbreaking stories from their recent experiences in Syria with Euripedes’ original words (written in 415 BC) about women struggling during times of war. “I was invited to come for the workshop and I had the freedom to decide how to follow it,” the London-based director said on Sunday, at the film’s UK premiere at the Glasgow Film Festival. “I was interested in the process of the women coming together.” “I was particularly interested in being in the space and seeing how things developed. I became part of the furniture but also part of the dynamic,” she said. “They quickly opened up to me.” She ended up with 80 hours of footage, both from the theatre rehearsals and showing some women’s home lives as refugees in Jordan. “Everyone was practicing at home, they were taking this ancient play into their houses. It also gave a sense of who they are,” adds Fedda, whose credits include A Tale of Two Syrias and Breadmakers. She says the women responded well when they saw themselves on film. “In general they loved it,” she said. “One of the women said, ‘I like that more than the play,’ she thought it helped people understand their stories more.” The women were also rewarded by the artistic process. Executive producer Charlotte Eagar interviewed the refugees about their experience in the theatre production, and producer Georgina Paget explains: “What they got out of this was community. They said, ‘I made friends and that made a huge difference in my life.’” Paget is now collaborating on a feature film adaptation of The Trojan Women, to be shot in Jordan; an internationally known cast is lining up and some of the subjects of Queens of Syria will also be invited to be a part of the feature film. “We are developing a fictional feature to involve as many of them as possible,” Paget added. Queens of Syria previously won the Black Pearl for Best Director From The Arab World at the Abu Dhabi Film Festival in October