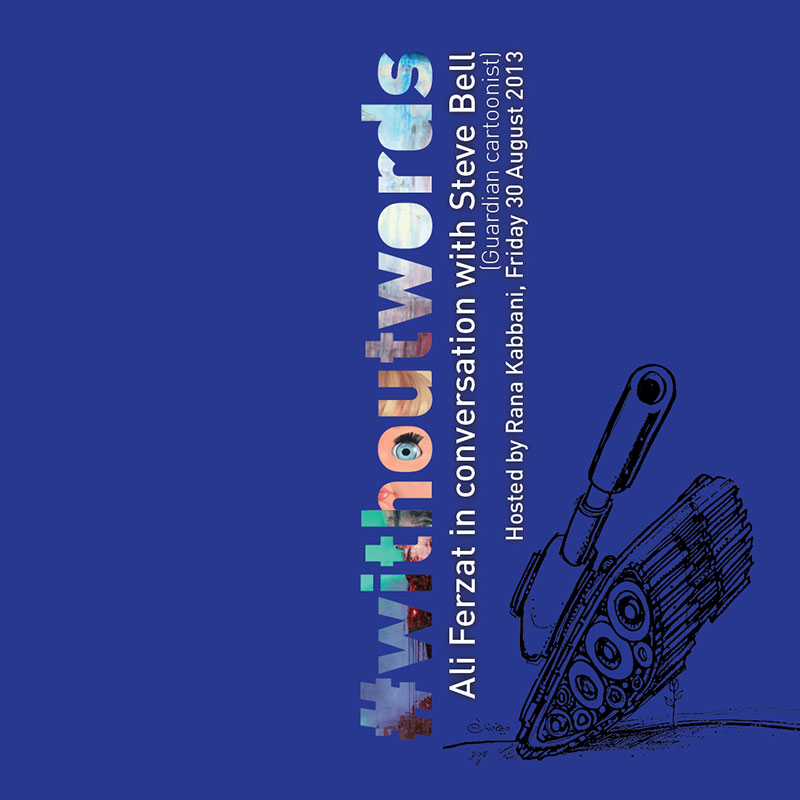 In conversation with Ali Ferzat

Mosaic Syria and P21 invite you to

In early 2011, Syrian political cartoonist Ali Ferzat was kidnapped by thugs considered to be part of the Syrian regime’s shabbiha. In a symbolic act, both of his hands were broken.

Join guardian cartoonist Steve Bell and Damascus-born writer and broadcaster Rana Kabbani to discuss the Syrian humanitarian emergency, freedom of speech and the liberating potential of satire in different political environments – as well as its limits.

In conversation with Ali Ferzat